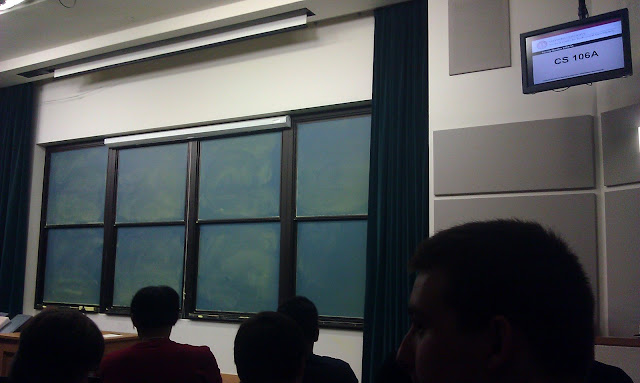 I took my first class, Programming Methodology, today. It was awesome. There was a student who was late for the class, and his computer started to play music during the class. Then, his phone started to ring just after the teacher saying "no iPhones". Therefore, the teacher was angry and kicked him out of the class.

And, it seemed that there was a problem of his microphone, which kept making strange sounds. The teacher was quite angry and went out of the class and checked whether mic was broken or not.

Then, the guy who was just got kicked out walked in the class with a good microphone, and showed the Facebook page to us on the screen. We finally figured out that it was just a joke, and that guy was another teacher.

I think this was a really good lesson. 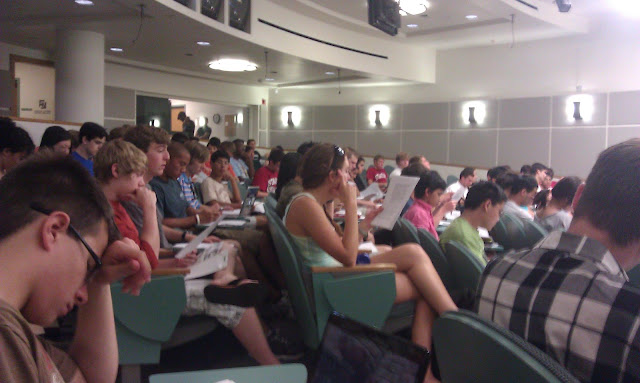