We spent whole day long in  and San Francisco. During that day, I have tried different transportation in this bay area.
In the morning, we visited UC Berkeley . 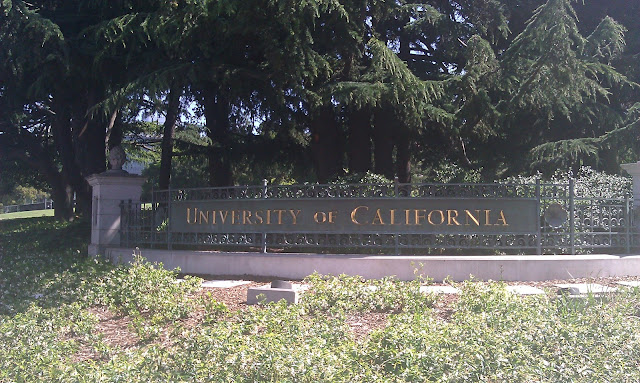 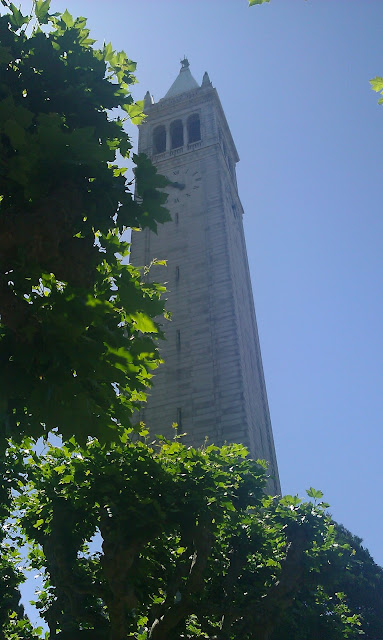 We had pizza as lunch at a restaurant beside Berkeley. And, I finally found another familiar drink in US. 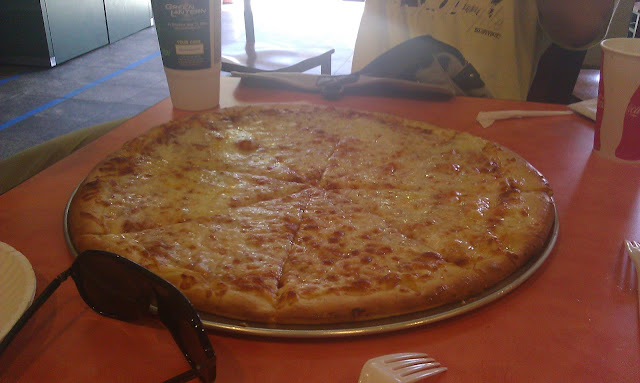 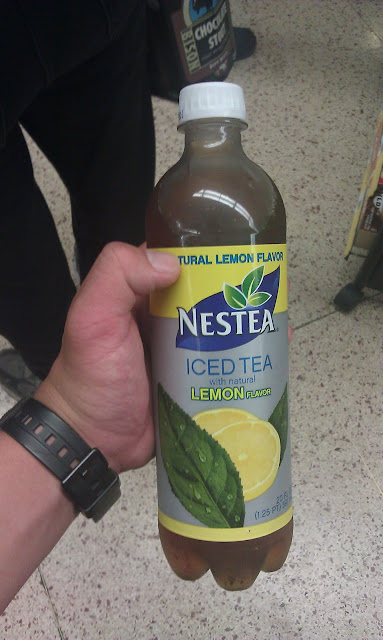 The shop of Berkeley is pretty big which has 2 floors. 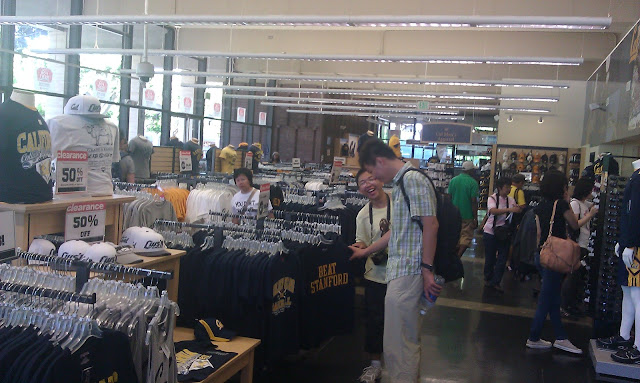 In the afternoon, we took "BART" to San Francisco, then walked to ,the famous spot, "Fisherman's Wharf". 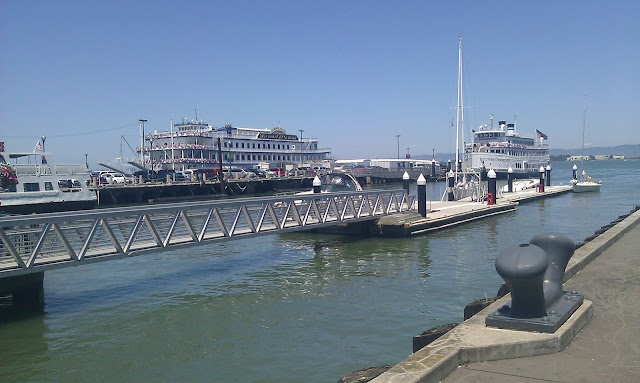 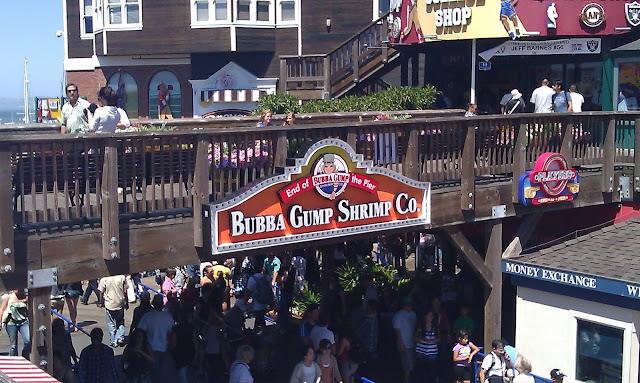 We also visit an aquarium there. 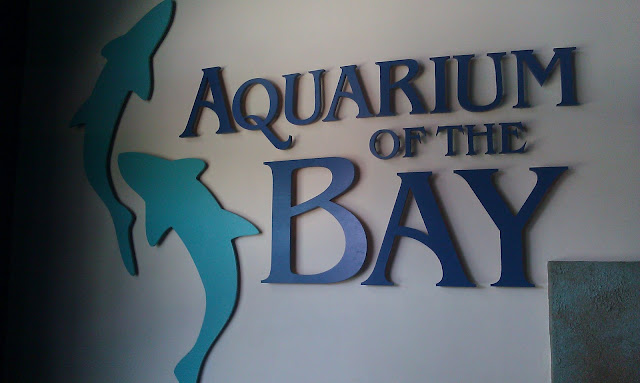 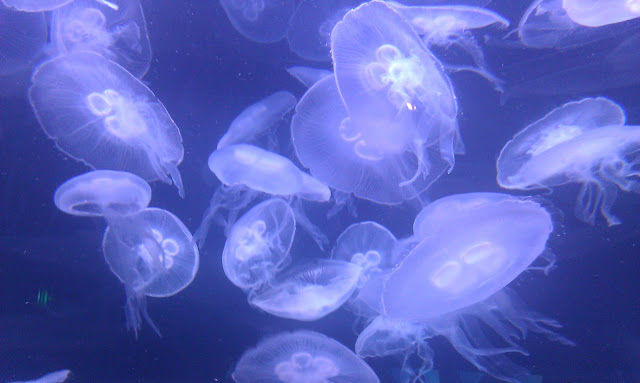 Though the ship ticket to Alcatraz Island is full, we brought tickets to travel around the bay. 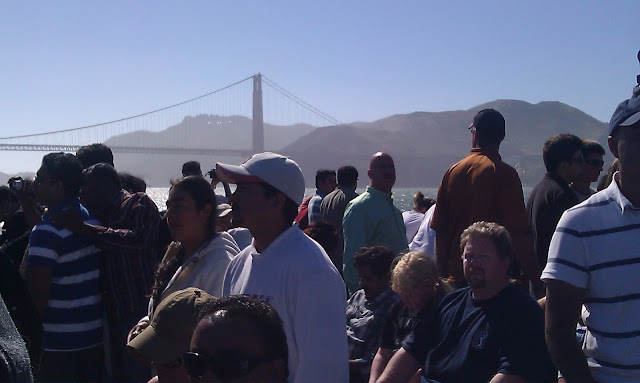 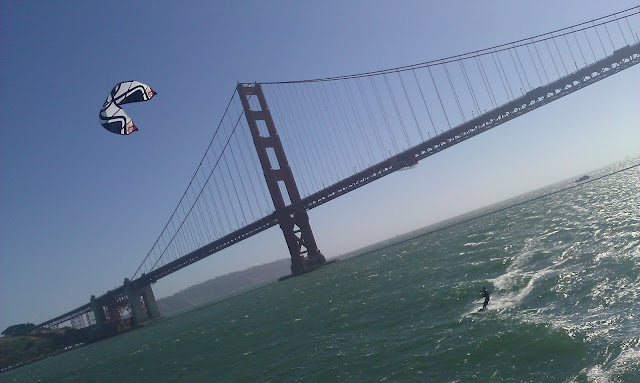 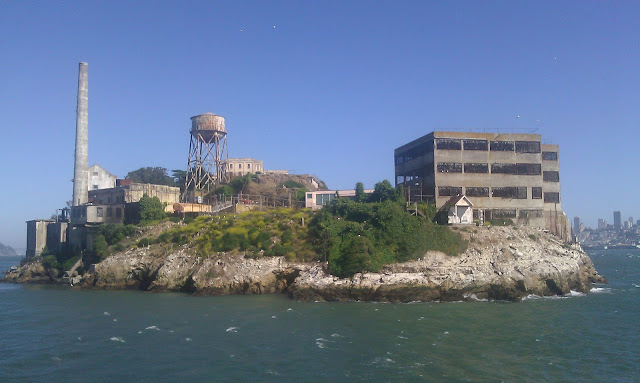 Then, we walked to "Lombard Street". 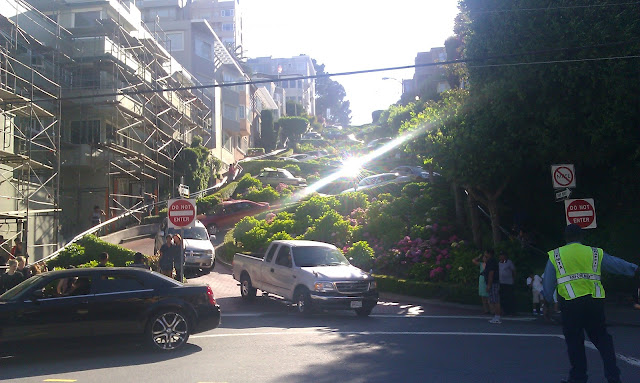 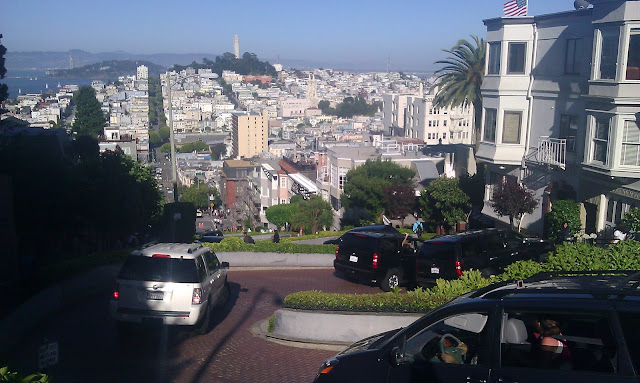 And, we walked the palace of fine arts theatre. It's very, very beautiful!!! 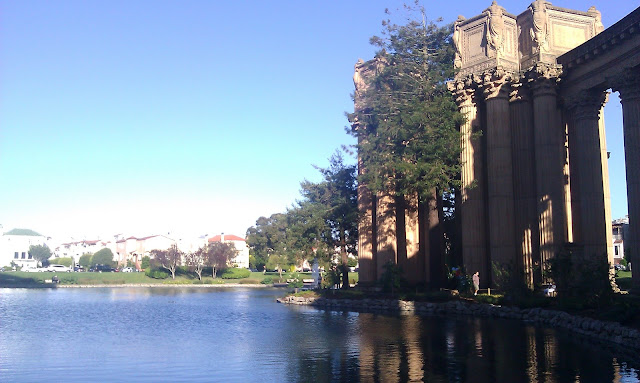 You can't believe this, then, we WALKED to the golden bridge. I think we must walked about 20 km that day. 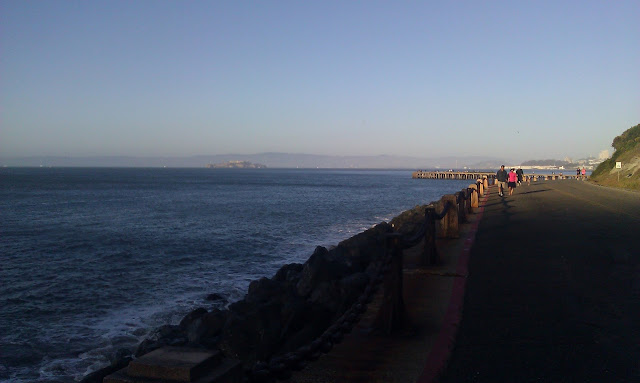 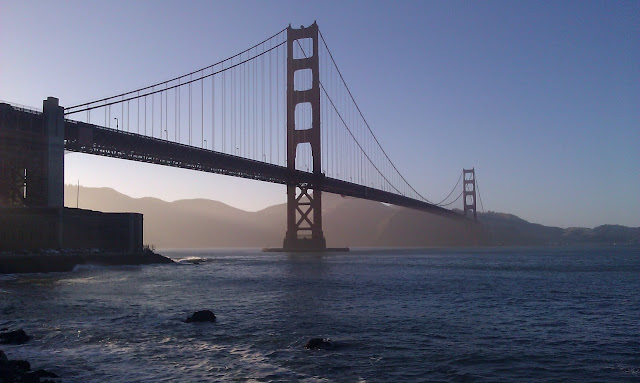 It was very late when we arrived there. And, we were almost missed the last train back to Stanford. Fortunately, we met a very kind Filipino. He took us back to the BART station :) 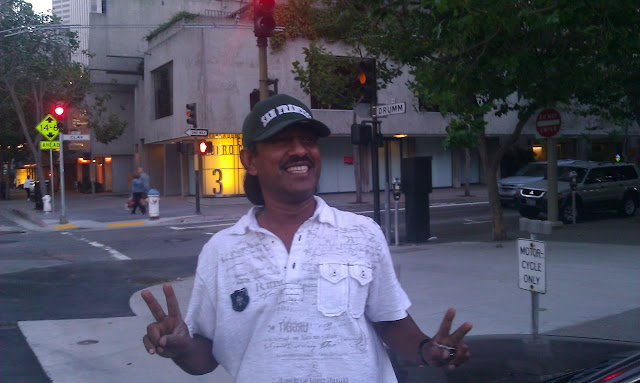